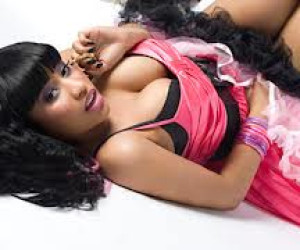 According to many men, women are complex to understand and understanding that their brains works very differently from yours will help a great deal in figuring them out and knowing how to turn them on. One of the major things a man should understand about the brain of a woman is the fact that it does not have a 24/7 appetite for sex like a man does. According to a neuropsychiatrist, Dr Louann Brizendine and author of the books The Female Brain and The male Brain, the brain area responsible for sexual pursuit, the hypothalamus is 2.5 times larger in men than in women. “A man is created in a way that he is ready for sex whenever an opportunity arises and fantasies of the female body consume him.” She says. A woman will first assess you before agreeing into what you are suggesting. They are known to mind about the person they talk to and with whom they are getting in bed with. But there are a few things they would always want.

Women always want a man who is dominating in bed because to them it’s masculine and sexy but a study in the Personality and Social Psychology Bulletin suggests that according to men they dominate in bed because they are concerned about her feelings. According to surveys done results show that women are expecting men to show assertiveness and more creativity in bed. According to findings by the Big Book of Sex survey around 67% of women would love to be spanked and around 56% would like a man to be always on top while having sex. If a man dominates, it gives woman courage to loosen up. In an MH online survey conducted results showed that a majority number of women think of dirty things during sex that they are afraid to talk about. Open up to her, show how you are excited about her and show her how you appreciate her. Tell her she looks sexy and suggest new things like toys.

The intimacy that starts outside the bedroom is what makes women feel sexual most of the time unlike what is observed in men. With this in mind you can take advantage and know how to give your woman emotional, physical and sexual satisfaction. Brizendine says that, “the time spent on foreplay is just three minutes before penetration to a man but to a woman it’s like a 24 hour session. According to sex educator and psychotherapist Laura Berman every woman has a secret part, a treasure chest that men need find and unlock. This could be a non-body trait like her sense of humor, how she laughs or even the color of her eyes and the moment a man discovers that part and learn to love and appreciate that part of her is when he can get the girl emotionally and sexually. This is when she feels you love her as a complete person.

Every woman love public display of affection and kissing her in front of her friends and colleagues will get her crazy in her friends noticing you expressing your love for her because in her mind they will think of the sizzling sex both of you have every night. Just a mere hug, an arm around her waist or holding hands is among the deepest desires of a woman especially in presence of others.

In a survey carried out in the Big Book of Sexsurvey most of the women who gave their response said that the most unexpected pleasure part in their body is the neck. Various brain scans have shown that women can achieve an orgasm quickly and easily when the stress centres of their brain are switched off. “Many women require a transition period that will help them to completely switch from their everyday life and feeling sexual” says Ian Kerner, a sex therapist and an author. If you want to take the kids and job off her mind just brush your lips on the region between her throats and chin. A neck massage and then to the scalp will do good in turning her on slowly because keeping things non sexual is important for her. It’s going to destroy the effect you’re working towards achieving if your actions suggest you have an ulterior motive.