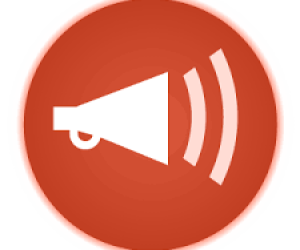 Why are Dr. Tenenbaum’s patients so upset? Why is it that a majority of them refuse to recommend him to others? What is going on? While a large number of his patients are not ready to pay him another visit, on the other hand, a handful of them are just full of praises for him. There seem to be two extremes, though unequally divided, the bulk being against him.

For those who don’t know Dr. Jerry Tenenbaum, a certain website cites him to be a professor of Medicine at the University of Toronto, the Director of International Medical Graduate Program of Ontario and a Consultant of Rheumatology and Internal Medicine at Mount Sinai Hospital. Now let’s take a closer look at what he has done wrong to deserve such an outrage.

His behaviour seems to be a major problem according to his patients. They describe him as “rude” and “hurried”. They feel that he is a bit too harsh and direct. Some also expressed problems with his diagnosis and examination techniques. The patients were not very satisfied with his treatment and a few experienced a worsening of their maladies. One of the patients complained,

“I felt he rushed through too quickly and he didn't seem too compassionate.”

Some patients, although loathing his bedside manner, were quite appreciative of his specialty and achievements. According to them, his expertise made up for his offensively impolite behaviour. Out of the many, one went on to say,

“I have found him to be extremely thorough. He seems genuinely concerned about eliminating pain/discomfort. He is some what brisk but takes the time to answer any questions that are asked. I would not hesitate to recommend him to friends.”

We can clearly see one thing, whetherpatients in his favour or the ones at odds with him, every one of them agrees that he has a certain level of audacity that is unlikable. Some have outright questioned his competence. And herein lies one of my concerns. With two contrasting opinions, we cannot determine Dr. Tenenbaum’s brilliance. Behaviour should not be used as a determinant, and the common man cannot know better than a doctor. You need to be one to know one.I suggest that you should consult more than one doctor whenever seeking treatment.

The issue at hand- of being rude and brisk- brings forth the question of ethics. The majority expects the doctor’s approach to be considerate. Dr. Tenenbaum appears to be acting in defiance of his patients’ expectations. And it is very common to experience disappointment when someone does that. Another complain was too many medical tests, which makes one wonder if he is only after monetary profit? It is always advisable to know about your doctor’s reputation.

Is being polite a part of the doctor’s job description? Typical work activities require doctors to be caring. So, does caring mean being kind and courteous all the time? Well, Dr. Tenenbaum’s bearing seems to disagree. Nevertheless, his seemingly unethical conduct is highly questionable. To me, this seems to be the most probable reason for the unhappiness of patients. As for destroyed lives, one is unforgivable.