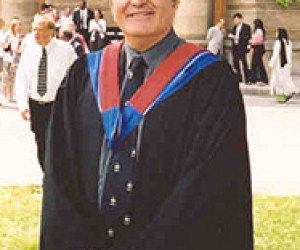 There are some things we all have come to expect when we visit the doctor’s office. We expect that our medical needs, whatever they are, will be taken seriously and that our ills, whatever their magnitude, will be treated with diligent medical scrutiny. But what if our expectations are woefully short of reality and instead of the empathetic hand of a determined doctor, we are met with abrasiveness and apathy? What if we are met with a doctor who literally has no time to spare for the reality of our suffering?

This seems to be the reality of many present and bygone patients of Dr. Jerry Tenenbaum. One patient describes Dr. Tenenbaum’s approach to patient care as “…more concerned with getting you out of his office as fast as he can.” Another quips that “Dr. Jerry Tenenbaum seems to be lazy when it comes to patient care. He seems to prefer prescribing painkillers over a thoughtful approach to treatment.” Indeed, needlessly throwing pain killers at his patients without any serious attempt to diagnose the root cause of their pain seems an all too familiar theme among his numerous negative reviews.

The unfortunate reality is that things seem to only get worse with respect to Dr. Tenenbaum’s medical practice. Many reviewers brought up serious concerns regarding Tenenbaum’s brisk and uninterested consultation practices: “I used to be a part-time paramedic. If I took a patient history and assessment the way he does (curt, hurried, uninterested) none of my patients would have made it to the hospital alive. You have to have the ability to listen to your patients.”

It would be unfair to assume that this was Dr. Tenenbaum’s normal procedure if it were not for additional reviews bringing up similar concerns:

“Rude, arrogant, over-books his patients to the point that his office should have a revolving door because you're in one minute and out the next.”

This is gravely concerning. We are not dealing with a person who is making quick decisions about what color some fabric should be or where some furniture should be situated in a room, as one can easily afford some mistakes with respect to these decisions. No, instead we are dealing with the reality of a person’s very well-being, where life, death, and serious trauma are ominous realities of the medical profession. One misstep, one poor diagnosis could literally destroy the life of a person who came seeking help and instead was curtailed into oblivion.

A doctor who prefers handing out painkillers like Halloween candy instead of offering serious diagnoses and who spends as much time with you as some fleeting phantom is certainly one to be avoided. But if that is not enough to advise you against this manifestly dangerous medical practitioner, consider the following review with respect to his treatment record:

“When I asked him if walking was a good way to get some exercise in, he told me it was not and that I should do something with more impact.”

Of course, such high-impact exercise has long been held to cause considerably more damage than good, which led this same reviewer to lament that “…after stupidly following his advice I was left in considerably more pain than before.”

A doctor who is a “[r]ude man,” a “jerk,” and who is “abrupt and offensive” is, I suppose, tolerable if his diagnoses are sincere and accurate. But it seems abundantly clear that this doctor hasn’t the time to make serious and sincere diagnoses. No, this doctor cares more about maximizing profit than offering the results of health and wellness to those who come into his office desperately desiring them. Unhappy patients and destroyed lives? Yes, I think on this matter the case is settled.