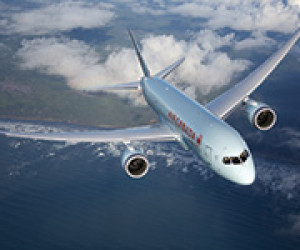 (NC) As the world's second largest land mass, Canada has world-wide neighbours in every direction. More and more Canadians are getting to know their neighbours in exotic corners of the world. Air Canada, who already offers the most extensive route network from the most cities towns across Canada, recently started expanding its fleet to new international destinations. Here's a look at some of the more interesting global options Canadians could fly directly to.

One of Europe's most popular destinations is the country's largest city and its financial, cultural, and creative centre. Considered the Venice of the north, the city is actually built below sea level and over 1,500 bridges cover charming canals. Whether you prefer museums, history, night life, or just the charm of an old European city, Amsterdam has got it all. New non-stop flights from Toronto.

If you're looking for the fastest, biggest, tallest, largest and highest, Dubai is the destination. It's also widely considered the world's shopping playground. For a taste of home, see if you could find the Tim Hortons near the Burj Khalifa, the world's tallest building. Direct service launches in November from Toronto and you can experience Air Canada's newest Boeing 787 Dreamliner aircraft.

Mysterious. Colourful. Frenzied. India's capital and gateway to the Punjab, this megalopolis is in a class of its own. Ask a friend if they could have their family give a tour of their neighbourhood, or better yet, have you over for dinner. The Taj Mahal and the river Ganges are gems of northern India not to miss. Direct service launches in November via Toronto - some flights feature Air Canada's newest Boeing 787 Dreamliner aircraft.

Home of bossa nova and Copacabana beach and the future host of the 2016 Summer Olympics, is there a better place to celebrate? With its famous February Carnival and its sultry beaches, there aren't too many sexier cities than Rio. Take in the sun, surf the waves, or get to know some of the friendliest people in the world over a caipirinha. Get there direct via new non-stop flights from Toronto.

Known as Japan's second most important business city, Osaka it not just for business travellers. Just over 80 minutes away is Kyoto, Japan's most beautiful city. It was the capital city for over 1000 years. It was the center of Japanese power, culture, tradition, and religion, thereby crowned with unparalleled sites that are still untouched today. New summer service is from Vancouver with Air Canada's new leisure service, rouge.