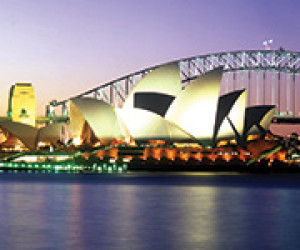 (NC) The Economist ranked Toronto and Montreal among the world's safest cities in 2015 giving Canadians another reason to proudly wear the maple leaf. Our national symbol unites Canadians at home and abroad, which is why the maple leaf is so well recognized in other countries.


For many travellers, especially families, safety is the most important factor when choosing where to visit. Here is a look at fun destinations that topped this year's list of the safest cities.

One of Europe's most popular destinations, it is the country's largest city and its financial, cultural, and creative centre. The city charms and delights over seven million yearly international visitors of every stripe. Considered the Venice of the north, the city is actually built below sea level and over 1,500 bridges cover charming canals. Whether you prefer museums, history, partying, or just the charm of an old European city, Amsterdam has got it all. New non-stop flights from Toronto.

Safety is certainly not the only category Tokyo ranks the top of. There is a saying that if you've invented it, the Japanese have perfected it. Part of the fun of Tokyo is finding that thing you love and seeing the Japanese twist on it. Other claims to fame include: the 2014 worlds best whisky; world's biggest city (population 37.6 million); the busiest train station, Shinjuku Station, which moves a whopping 1.26 million passengers each day. Fly to Tokyo from Toronto, Vancouver or Calgary with Air Canada - some flights feature their new Boeing 787 Dreamliner aircraft.

Not just for surfers, Sydney is also for nature, culture and food lovers. A photographic marvel, the golden sandy beaches and aqua marine water decorate the coastline of Australia's oldest and most cosmopolitan city. Its national parks extend through the suburbs and right to the shores of the harbour. A third of its population is born overseas, creating an interesting mix food options for everyone's taste. The city is also home to the Sydney Opera House and the Sydney Harbour Bridge, two of the most iconic structures on the planet. Get Down Under from Vancouver every day with Air Canada.