Canada is one of the gaming industry leading countries 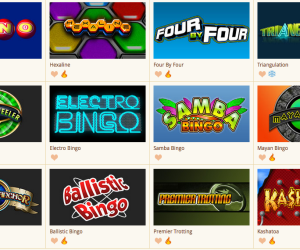 When it comes to game development, Canada is one of the fastest-growing hotbeds on the entire planet. In fact, when you look at it from a per-capita perspective, it's safe to say that Canada is home to the biggest gaming industry on the planet. How is this possible? Canada is home to over 300 gaming companies employing over 16,000 people including the few famous casino companies like the Royal Vegas online casino

This kind of thing doesn't happen by accident but, rather as a result of significant government support, easy access to creative and technical Talent, and a couple of other factors that have come together so well to make Canada into one of the best places for the gaming industry. And that’s exactly what those companies like The royal Vegas online casino looking for.

For instance, Ontario has attracted a large number of gaming companies to their shores because of generous tax incentives that abound specifically for gaming companies. In fact because of the support from Ontario Media Development Corporation, or OMDC, Ontario-based gaming companies could hope to receive up to a 40% refund on all the money they invested in marketing, artists, and developers. And, when you are in charge of a company that's made up of 90% developers and artist, this turns out to be a large amount of money.

And that's just the beginning, the OMDC also lends support to new games through something called the Interactive Digital Media (or IDM) fund - a grant that provides gaming companies with up to $150,000 to help fund projects. They've done this over and over so, by now, this fund has given out millions of dollars to companies in Ontario so they can produce their games.

When we look at things from the federal side, we come across that Industrial Resource Assistant Program (or IRAP) and the Scientific Research and Experimental Development Tax Incentive Program. These programs provide new technology companies with anywhere from $50,000 to $500,000 to supplement their development costs. And that's not all, the Business Development Bank of Canada (a federally owned bank with over 1 billion under management) aggressively supports video game startups within the country.

The programs mentioned above are just a small sampling of the ones available on both the federal and provincial level in Canada that are designed to support the startup Canadian gaming companies. Plus, all the money goes towards a good cause because it's creating jobs and inspiring creativity and the technology / media sector and Canada.

All of this support is having great effects on many Canadian-based gaming companies. For instance, Big Viking Games has grown from a team of just four people in 2011 to over 70 employees in 2016. Other companies expect to see a projected 25% growth in the next couple years.

All the beyond factors -the local access to skilled creative and technical talent, significant government support, and a vibrant and growing city that attracts people from all over the planet - combine seamlessly to create a wonderful opportunity for gaming companies in this country. It's safe to say that we can expect big things (in terms of new games) within the next few years - and Canada's support system is a big reason why. In the meantime, relax at Royal Vegas with popular casual casino games where you can win real cash prizes.

Another factor that adds to the success of the Canadian gaming industry is the highly skilled talent pool that is available in the country. That, along with reasonable immigration policies, has enabled Canada to attract quite a few Americans and people from other countries to this technological hub. Furthermore, this country has a large number of world-renowned engineering programs, like the ones found at Queen's University, McGill University, University of Toronto, and the University of Waterloo. Sheridan College, another Canadian Wonderland, is considered to be one of the top animation schools in the on the entire planet.