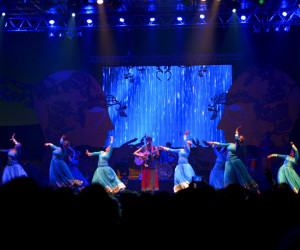 If you are planning a holiday in the east, the city of New Delhi presents to you a mix of the historical Mughal culture intermixed with the most modern infrastructure and developments.

You can make it to the city by landing at the Indira Gandhi International Airport, named after a former Prime Minister of the country. It is situated about 16 KM from the city center. With the commencement of the T-3 terminal in the year 2010, the airport has become the South Asia’s largest aviation hub.

The city is interconnected through a good network of roads and you can check into good five-star hotels spread out across the city. Barring the office traffic hours, you can reach to any location in the city in an hour and a half maximum.

The British architect Edwin Lutyens is behind the striking modern metropolis. You will find the state of the art buildings and exclusive avenues. Right in the center of the city is the Connaught Place Market spread out in a circle and housing a number of cultural shopping points and restaurants. The tourists spend the whole day making purchases and moving from one shop to the other along the inner and outer circles.

There is a lot to see for the discerning tourist. From the Mughal time monuments of Red Fort to the most modern grandeur of the Akshardham Temple. Each one of them has a story to tell. The Red Fort is a huge castle made of red sandstone and reflects the architectural splendor of the Mughals. The Akshardham temple completed in 2005 was made using granite and marble from all parts of the world.

You can travel to the QutabMinar to see the towering wonder whose construction was started by the King Qutub-ud-din Aibak and completed by his son-in-law and successor Shams-ud-din. The 73-meter high tower is made of red sandstone and marble.  In the same area, there is another monument, the Iron pillar of Delhi, where you can try to catch your hands from behind with your back resting on the Pillar. It is a good test of your flexibility on the Iron pillar which has not rusted for years in the open and has Brahmic inscriptions on it.

Besides this, you can visit the Presidential Palace or the RashtrapatiBhavan, a sprawling abode of the President of India. Then there is India’s largest mosque the Jama Masjid that can hold 25000 people. The Lotus temple, the Lodhi gardens, and India gate are some of the other attractions.

The Delhi government stopped the bid for the” world heritage city,” with a view to continuing its program of ad-hoc development. The historian and author William Dalrymple quoted “The government does not realize that they are sitting on a goldmine and how the inscription would have boosted Indian tourism and improved Delhi’s image.” Maybe there is a change in the offing soon.