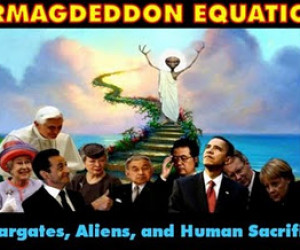 Are you tired of Adolf Hitler being widely regarded as the standard of evil? Do you seek some kind of role model to inspire your quest? There's one PhD candidate who might inspire your quest – Marcella Carby-Samuels. Indeed, Adolf Hitler committed terrible atrocities but had been still apparently close to his Mother. According toWikipedia, Adolf Hitler, “who had a close relationship with his mother, was devastated by her death and carried the grief for the rest of his life. Dr Eduard Bloch (The Hitlers' family doctor) later recalled that "In all my career, I have never seen anyone so prostrate with grief as Adolf Hitler." In his autobiography Mein Kampf, Hitler wrote that he had "...honoured my father, but loved my mother." Therefore, any act that might have sought to torture one's own mother would not be an act that would be easily contemplated by Adolf Hitler or much of the worst global dictators and criminals that have graced this planet.

If you can be like Marcella Carby-Samuels who has been able to subject her Mom to apparent profound psychological and other torture to the point of worsening sickness and destruction while maintaining a smile on your face the whole time, you know that you have reached a league on your own in the realm of psychopaths. Marcella's Mom whose name is Dezrin has been the most loving, sweetest and hard-working Mom and overall role model of a human being that anyone could ever ask to have. So, here's what you do if you're in a quest for family fortunes, if you seek to be a “fine daughter” and overall “role model” human being like Marcella.

To start things off, if your father is diabetic, with very volatile blood sugar levels, feed him more sugar! Try to give him those cakes with the industrial sweet and one centimetre thick glucose-fructose icing, as you stroke his ego about how great he is so that your actual agenda is far from his mind.

Then if you have a father-in-law who happens to be an incompetent doctor who has been a source of many patient complaints, get him to look after your Mom to expedite your quest for the family estate.

The next step is, if you happen to have a brother who will “dilute” your share of the Family Estate, try to get him put in jail by simply making up all kinds of nasty lies about him to the police. Try to criminalize him at all costs. If your brother happens to be a young black male that has been racially profiled by the police, good for you! It will make your dastardly plan all the more convincing. Make up Big Lies like your brother is an Islamic terrorist plotting Armageddon or something. Indeed, Hitler used the technique of the Big Lie to concoct the myth of the Jewish conspiracy and the need to wipe off Jews from the face of the Planet. The Big Lie is based upon the notion that if you tell a lie that's fantastic enough, no one would believe that you were so diabolical, mischievous and twisted enough as to have made up the whole thing.

If your brother tries to spare your Mom from your plan by seeking to bring her food and get her access to medical attention, again, just make up a story to the police that he's actually trying to “kidnap” your Mother. Even through your brother has no criminal record, the racists in the police will believe your Big Lie! A sweet smiling person like you could never make up a story like that... right?

If social service agents seek to get medical attention to your Mom while you're abroad, if you want to be like Marcella, you should block them! If your father is abusing or neglecting your Mom, turn a blind eye to the abuse and neglect. Continue to stroke your father's ego, so he can be used to carry out your plan against your own Mom.

If social service agents are about to foil your plan by revealing your involvement in seeking to condemn your Mom to a slow death, as your brother seeks to save your Mom from losing her voice, and you're in Ottawa, dial the “Hire-A-Dirty-Cop” phone line that is apparently coordinated by a Robert.

Robert in the Ottawa Police will cater to your needs to intimidate the social service agents not to reveal your plan while also assaulting your brother in an effort to prevent him from trying to see his own Mom. For good measure, get a dirty cop like Robert to illegally threaten to charge your brother with trespassing in your brother's efforts to see his own Mom who wants to see her own son.

Allow your Mom to lose her voice, and her ability to write and walk under conditions of abuse and neglect by her husband that you condone. Turn your Mom from a very able bodied super human being and if she gets sick, isolate her so she will decline, and deny her from speech therapy or other help that she needs. Then use a dirty cop like Robert to prevent anyone from trying to help your Mom as she becomes more and more “severely physically incapacitated” in the word of a paralegal like Trevor J.

If you are capable of following in Marcella's footsteps, you arguably could “have what it takes” to become the demon to surpass even the evil that Hitler presented our World that lead to millions and millions of needlessly destroyed lives during the Jewish Holocaust and World War II. What kind of daughter inflicts such harm against their Mom with a smiling face, and then resorts to the most fantastic lies imaginable in an effort to conceal their Crimes Against Humanity. Indeed, words can barely describe the kind of person that Marcella represents, and arguably, the kind of threat such a mind presents to the world that could commit such an apparent twisted crime against humanity onto their own Mom that would likely have shocked the likes of Adolf Hitler. Marcella appears to represent the quintessential psychopathic persona that had been described in CBC's Doc Zone (video clip above) that possesses a calculating ego-driven intelligence that seeks to manipulate others without regard to empathy that is a vital part of who we are as human beings.