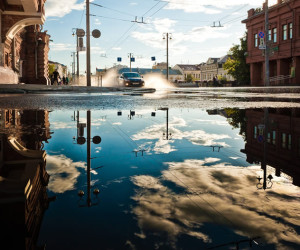 Flooding is Canada’s most expensive and frequent natural disaster, and over the last year, Toronto’s waterfront parks suffered a combined $28.3 million worth of flood and wind damage.

However, the city’s Parks, Forestry and Recreation budget plan only allocate funds for about 13 per cent of the repair work.

Currently, the capital funding includes $3.5 million to repair flood and wind damage, while the remaining $24.7 million “cannon be accommodated” within the Parks, Forestry and Recreation’s 10-year debt targets, according to recommendation presented before Mayor John Tory’s executive committee.

Tory emphasized that he’s committed to repairing the weather-related damage and protecting the waterfront from future storms—noting that the current 2018 repair budget is the “maximum amount of work staff believe will be able to get done in one year.”

"We fully expect the additional funding for repairs will be approved as part of the 2019 budget debate," Tory said in a statement obtained by CBC Toronto.

Many Canadians are quite vulnerable to flood but might not be fully aware. This is at least partly because flood is almost universally viewed by property owners as a phenomenon associated only with rivers, creeks, streams and the likes. However, with New Brunswick experiencing firsthand the devastating impacts of flooding this spring, flooding can happen virtually any place.

“Unfortunately, places that aren’t insulated well where water lines are freezing and with that nice weather we’re having they’re thawing and we’re having flooding,” said Richard Welder, owner of Blue Wave Plumbing in a report.

In April, Toronto’s waterfront took a severe hit when a fierce windstorm ripped through southern Ontario.

The storm increased the cost of shoreline damage—amounting to additional $11.8 million in repair costs to the already expensive price tag, the report showed. Majority of the damage was caused by mammoth waves that hit record-setting heights, the tallest ever recorded in Lake Ontario since recording began 45 years ago.

"The damage sustained during this 24-hour period is of the same magnitude of the entirety of the flood event from 2017," the report read.

Parks, Forestry and Recreation officials declined to comment on the budget shortfall, saying in a statement that "without repair, shoreline structures and waterfront parks are vulnerable to increased damages and public safety risk."

Bluffer’s Park in Scarborough is urgently in need of $300,00 in repair costs to its aging infrastructure to combat riding water levels, explained Gaffney.

"If waves continue to beat up that particular part of the shoreline, it may actually breach through into the interior embankment where all the boats in the marina are," she told CBC Toronto.

"While it may not seem too much of an issue at first glance ... big winds come through and if it breaches that whole peninsula we could see a lot of damage and increased work having to be done if it starts pulling apart the whole area and all the infrastructure associated with it."