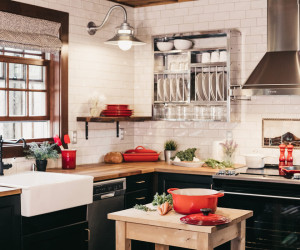 One of the victims, Delia Cole, reached out to a contractor to renovate the kitchen in her Mississauga home; and rather than getting the kitchen of her dreams, her kitchen has been filled with uncovered pipes and plastered walls for months after paying a contractor $15,000 and he disappeared with it.

According to Cole’s husband, Arlindo Peixoto, the couple chose to work with the now rogue contractor because his fees were cheaper than others they had contacted. Unfortunately, the couple is now tasked with paying twice the original fee to rectify the damage.

The couple went hunting for a home contractor in March and after searching for a while decide to settle with a company located quite close to where they live.  For the couples, choosing Can Dec Kitchen Inc., was due to their “up-front policy” which meant they would be saving about $1,000 just for complying.

In mid-March, the couple were told renovations would commence in a few weeks after they wrote two different cheques to pay for the service. However, they began to get very suspicious of the company when nothing happened afterwards.

“We called, and he told us we have to wait … Then he kept giving us the run-around, so we went to the [office] and it was closed,” said Cole.

Peixoto continued ringing the contractor, Rizwan Akrem, who had earlier introduced himself but still he couldn’t provide him with a direct response.

Akrem told the couple that his business has been crippled after his shop had been closed down by the landlord, but all this was after he was asked to provide a refund.

Now, Akrem has stopped picking the couple’s calls despite them waiting endlessly for several weeks to get a response, says Peixoto.

It is evident that Cole and her husband have been swindled by this contractor, and the only way to avoid future occurrences is to patronize the best Toronto general contractor for all kinds of major renovations—whether residential or commercial.

This way, homeowners are provided with not only the best prices but the best contractors which would eliminate the chances of you having such terrible experience. So, you’re saving more money on renovation cost and the aggravation of unethical contractors who would engage in the kind of conduct displayed in Cole’s case.

Can Dec Kitchen’s headquarters located on Dunwin Drive, Mississauga is currently locked and their front showroom completely cleared out, according to CBC Toronto.

The Ministry of Environment in Ontario sanctioned Can Dec Kitchen Inc. with a compliance letter in 2013 which was signed by Rizwan Akram—though noticeably, his last name was spelt uniquely in contrast to the business card he handed over to the couple. On the card the couple collected from him, he has his last name spelt with an "e" and not an "a."

Strangely, in the corporation’s record for Can Dec Kitchen Inc., it doesn’t name either Rizwan Akremnor Rizwan Akram as being the primary owner. Rather, the record names the company’s chief executive officer as someone else whose last name is Rizwan—with a completely different first name.

All attempts to reach Rizwan Akram (Akrem) on all the phone numbers connected to both variations of the name were futile, according to CBC Toronto.

Right next to Can Dec Kitchen, the owner of the neighbouring business has saidever since the company seized operations in March, different people have visited his shop in search of the runaway contractor.

A notice dated March 19, 2019—just four days after Cole and Peixoto made their final payment for their kitchen renovation—was pasted on the door of Can Dec Kitchen from a Toronto law office stating that the lease for the building has been cancelled because of inability to pay up $18,500 owed in rent.

After realising the scam, the couple were told to file for a lawsuit against the company, following the advice of the Peel Regional Police that it is a civil case. The couple hopes that by letting the public know about their experience, other victims will come forward.

Nonetheless, it has been a very frustrating experience for the couples they are at the mercy of both the authorities and the scam contractor, said Cole.

An official complaint has been filed with the Ministry of Government and Consumer Services (MGCS)against Can Dec Kitchen Inc, says Cole. The agency also confirmed there is an already existing case against the company based in Mississauga.

When carrying out any home renovation, MGCS advice homeowners to ensure there’s a contract between both parties and also should check for reviews or references before making any commitments. Hiring the best general contractor will essentially help your renovations run smoothly by finding the right contractors for the job and scheduling their work accordingly.

Now, after four months beginning renovations in their home, Cole and her husband are searching for another contractor—in spite of their bad experience which has led to the couple feeling very stressed and in debt running into a large sum in dollars.

Peixoto said the couple had greatly overshot their budget for the renovation.