The ATP Finals Big Three - Read All About Them 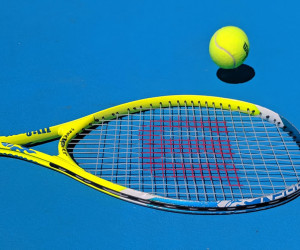 Marking the last tournament and the end of the season for men’s professional tennis player, the Nitto ATP Finals was headlined by Roger Federer, Rafael Nadal, and Novak Djokovic also known as the “big three” among players of the sport.

The three are all known to have first competed together at the ATP Finals last 2007. Twelve years have passed and sadly, we could be looking at the last ATP finals event that features the three players competing together.

The ATP Finals, formerly acknowledged as an end-of-season hit has been transformed into one of the most prestigious titles acknowledged in the sport. This is all thanks to the collective efforts of the big three by delivering 11 titles between them.

This year’s legendary climax has seen the trio play 16 matches and an impressive 32 sets played against each other.

Most of the figures presented below are taken from the Tennis Betting Site Betway. We’ve done most of the heavy analyzing on the big three’s records for this year’s; and perhaps the last year we’ll see the three compete against each other, ATP Finals.

Let’s take a look into their head-to-head numbers and see whether the domination they deliver at Grand Slam Tournaments held up for this year’s ATP Finals.

Roger Federer, better known for his tennis style that suits the no wind and consistent, low bounce conditions of indoor games, has been competing for the longest of the three.

Federer is known to have won twice out of three attempts in the ATP Finals before Djokovic and Nadal were involved in the year-end finals. Making it no surprise that the 38-year-old holds the most wins out of the three.

He has played in the season finals for a total of 14 times and has won 42.9% of the time with six attempts that were ended with a win.

Federer is overall acknowledged to have a 4-1 head-to-head advantage over Nadal who, on the other hand, has consistently lost head-to-head plays against the other two “big three” contenders.

Novak Djokovic, on the other hand, is well known for beating both Federer and Nadal on hard-court slams head-to-head. He has won an impressive five titles out of his 11 attempts at the ATP Finals title earning him an astounding score of 45.5% overall wins.

All of Djokovic’s titles were won when Federer competed against him while Nadal only competed on two occasions.

The Serbian player is leading 4-2 in matchups against Federer in the said event. Although disappointingly, one of those wins was considered a default in the 2014 finals event when Federer decided to forfeit the match due to an injury.

Unsurprisingly, the 32-year-old is also leading 3-2 in head-to-head wins and holds the win for both meetings they’ve had from 2010 to the present.

Rafael Nadal, however, is known to have long-standing injuries that often cause him to struggle to be fit enough to compete and win at the end-of-season title.

He is also, decidedly the less impressive of the trio, having never won the title and consistently loses in head-to-head match-ups against the other two.

In all honesty, Djokovic dominated the other two contenders at the prestigious London Tournament held last November 10 - November 17, 2019.

Suitability to the playing surface may very well be a turning point in winning the end-of-season finals as proven by Djokovic with his far superior record in head-to-head wins against his competitors Nadal and Federer.

The 32-year-old is leading Federer 6-4 and Nadal 3-2 with head-to-head records across the US and Australian Open events combined.

However, Nadal is leading 3-1 against Federer in hard-court majors being currently ranked as World No. 3 is most known for his record in indoor games.

The conditions of indoor games ensure that the conditions are consistent due to the lack of wind making attributes like hitting through the line of the ball and hand-eye coordination flourish.

We can only speculate that the conditions of this year’s ATP Finals being an indoor game is the reason behind Federer trailing behind Nadal as seen in their head-to-head records against each other.