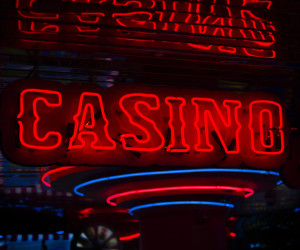 According to a recently-released report from Zion Market Research, the online betting and gambling market is expected to grow to USD 94.4 billion around the globe by 2024. That number would represent a Compound Annual Growth Rate of approximately 10.9 percent between the years of 2018 and 2024.

The study is based off reports on both regional and global levels for actual revenue from 2015-2017, and bases its projections on expected revenue between 2018-2024.

A push for legalization of online gambling in countries such as the U.S., which overturned the U.S. ban on sports betting in May 2018, have helped propel the substantial growth in the industry. The U.S. joins the UK, Canada, Malta, Italy, Poland, France and the Czech Republic as some of the leading countries that are fueling this growth. In addition, Asian Pacific countries as well as Germany, Russia and the Netherlands are contemplating legalizing online gambling as well.

One of the top reasons for the expansion of online gambling is the world’s access to internet. As of 2015, 43.5 percent of the world’s population could access the internet, compared to 46 percent a year later – and those numbers continue to rise each year.Many people around the globe are turning to trusted online casinos such as Slottyvegas to get in on the action themselves.

Much like its neighbors to the south, Canada is doing a lot to expand access to online gambling. In fact, the new government in the country’s largest province, Ontario hopes to widen online gambling options for its roughly 15 million residents. The proposal by the Tory government would allow private operators of online casinos to apply for a license to operate in Ontario. As of now, the only site authorized to offer online gambling in Ontario is run by the Ontario Lottery & Gaming Corporation.

Moves similar to this are happening throughout the globe, which is why the projections for online gambling in the future are so high. As internet access is becoming more and more accessible across the globe – and as more and more governments are easing regulations on the practice – more and more people are enjoying the fun that can be had at online casinos.

As of now, land-based casinos are legal in Canada, as are some forms of online gambling. However, companies are not allowed to run online poker rooms nor online casinos from Canada. Companies that operate from the Kahnawake native reserve within the country are legal, however. In addition, it is not illegal for Canadian residents to play at online casinos that are based in other countries, such as those that receive their licenses from the UK Gambling Commission and the Malta Gambling Authority.

While online casino players from Canada might not like this government regulation, it doesn’t prevent them in any way from legally having fun at online casinos. With the changing approach to online gambling throughout the world, it is also possible that Canadian players will get more options in the future if the Canadian government decides to relax and alter its laws.