10 players that gave credibility to the MLS 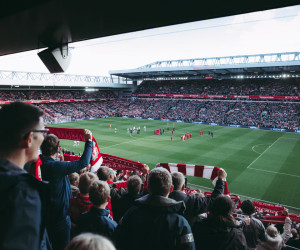 Major League Soccer will celebrate its 25th year of existence next year as it enters a new decade. Don Garber, the league commissioner, made it clear that this milestone would not be an anniversary but a celebration. The future looks promising for North American soccer.

Earlier this year, Garber outlined the league’s vision for its future, which includes expanding the number of teams to 30 by 2022. Two teams have debuted this season: Inter Miami CF, which is owned by international soccer legend and superstar David Beckham, and Nashville Soccer Club.

Launched in 1996, the MLS has evolved at the speed of light as it began as a ten teams league and will triple that number two years from now.  A lot of work has been done to get to that point in regards to development as much as gaining credibility in the eyes of soccer fans. Over the years, the revenues have greatly increased and the salaries have followed too.

Back in January 2007, the Los Angeles Galaxy club signed David Beckham to a historical contract in hope of generating great attention for the upstart league. Two years later, the league adopted a new rule called the Designated Player Rule, also known as the Beckham Rule. It enables teams to compete for star players in the international soccer market. The rule is one of two mechanisms by which MLS teams may exceed their salary cap, the other being allocation money. Since then, there have been more than 200 Designated Players in league history and many of them have left their marks in North American soccer.

As the MLS approaches its 25th year celebration, let’s look at the ten players that gave credibility to the league, left their marks and inspired millions of kids around North America.

Despite playing only two seasons in the MLS with DC United and not being able to bring the team to another level, Rooney provided countless memorable moments and remains one of the best players to ever represent the England National team.

Considered to be one of the best African soccer players of all-time, Drogba made an explosive start to his time with the Montreal Impact with 11 goals scored in 11 games. Having played only parts of two seasons, he retired as the Ivory Coast National team’s all-time scorer with 65 goals, while also finishing in third place for most appearances.

One of the best goalkeepers to ever play in the league, Rimando holds the MLS records for career wins, shutouts, saves and overall appearances. How could we forget the game where he stopped a penalty shootout against the LA Galaxy in the 2009 MLS Cup which helped Real Salt Lake win its first title?

One of the key pieces of the L.A. Galaxy dynasty with David Beckham and Landon Donovan, Keane helped the team win three MLS Cups in a four-year span. That’s not it, he was also named the 2014 MLS MVP and is a four time best XI selection.

One of MLS’ first stars, this Bolivian prolific striker attached his name to a raft of awards, records and most importantly of all, a haul of trophies that included four MLS Cups, four Supporters’ Shields, two U.S. Open Cups and one Concacaf Champions Cup. You can find many of his legendary plays online.

This American-born legend began his pro career in Germany after signing a six-year contract with the Bayer Leverkusen club. Struggling to adapt to life overseas, he moved back to his homeland in 2001 where he began playing for the San Jose Earthquakes. The rest is history. He went on to win six MLS cups and is currently ranked second on the all-time goals scored list and first on the career assists list.

MLS' all-time leading goal-scorer, 2012 MLS MVP, three-time MLS Best XI, two-time MLS Golden Boot winner, two-time MLS Cup winner, Chris Wondolowski’s track record speaks for itself. After talking about retiring at the end of the 2020 season, Wondolowski confirmed that he will be back for the 2021 season.

Ibrahimovic is one of the most prolific goalscorers in soccer history with more than 560 goals scored . He is also one of the most decorated active footballers in the world, having won 31 trophies so far in his career. Although his stay in the MLS was brief, he was always electrifying and spectacular. Remember that first game in the league and his two goals?

One of the most important signings in league history, this French legend led the New York Red Bulls to the 2013 Supporters' Shield (presented to the team that finishes regular season with the most points) and the first trophy in the club's history. He now coaches the Montreal Impact.

If you didn’t know about the MLS before Beckham signed for the LA Galaxy after leaving Real Madrid at the age of 31, you could be forgiven but if you don’t know about Beckham or the MLS after he left, you must have been living under a rock. By the way, Beckham is now the owner of the expansion team Miami Inter CF.