5 Legendary Athletes Who Made Their Mark During March Madness 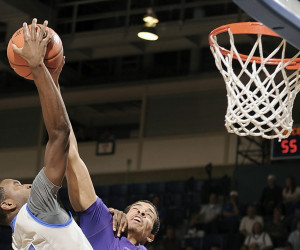 For sports fans, March Madness is the ultimate basketball platform for future athletes to demonstrate their talent. For betting fans, this means studying teams for months on end attempting to come up with the perfect bracket. And according to a recent study by Betway, you have a better chance of being struck by lightning than you do finding the perfect bracket.

Since 1939, the tournament has expanded greatly going from 8 teams to a 68 team tournament. Many athletes have gone on to have successful careers in the NBA and it stemmed from March Madness.

Let’s look at 5 legendary athletes that exemplify the influence of March Madness on their careers.

Before becoming a two-time MVP, NBA champion, the best 3-point shooter in the league’s history, and an international superstar, Curry was a small, sharpshooter playing for the Davidson Wildcats.

Nicknamed “the baby-faced assassin”, Curry helped carry the 10th-seeded Wildcats to the Elite Eight. He scored 40 points in the first game of the tournament (24 of which came from beyond the arc) to beat Gonzaga, then scored 30 points to beat No. 2 Georgetown, and then 33 points and 4 steals to beat No. 3 Wisconsin. The Wildcats eventually lost against the Kansas team. By then, a legend was born, making him one of the most prolific scoring point guards in college basketball history.

As a Bruin, Walton played a big part in UCLA’s 88-game unbeaten streak in the 1970’s. He helped win back-to-back national titles and Most Outstanding Player awards in 1972 and 1973.

He went on to become a first overall pick in the 1974 NBA Draft. Three years later, he led the Portland Trail Blazers to an NBA Championship.

One of the best NCAA players of all-time who never made it to the NBA, Laettner was a solid player throughout his college career.

He was also very clutch as he scored the winning shot in what many describe as the greatest college game ever played. With a last-second shot, he helped seal a 104-103 win over Kentucky. And that was just in the regional finals.

You may have heard of Mr. Jordan. Heck, you may even wear his shoes from time to time. Some people even say he is the best basketball player of all time. It must be true if his name is renowned worldwide and he still holds many records to this day.

Before the fame, before the championships, before he was a legend, Jordan played for UNC where he honed his skills. He made the game-winning jump show in the 1982 NCAA Championship game against Georgetown, which was led by future NBA legend Patrick Ewing. He was eventually selected to the NCAA All-American First Team in both his sophomore seasons.

This list would not be complete without mentioning Mr. Abdul-Jabbar. He played three seasons under legendary coach John Wooden at UCLA winning a championship each year and by the way, Coach Wooden eventually won 7 championships in a row. This makes him one of only four players who played on three NCAA championship teams. All 4 athletes have played for Wooden at UCLA.

He is also the only player to ever be named Most Outstanding Player three times in a row in the NCAA tournament.

Alcindor was so good at dunking baskets that the dunk was banned in college basketball after the 1967 season. Many claim it was because he was so dominant at it. Thankfully, the dunk was reinstated in 1976, shortly after Wooden’s retirement.